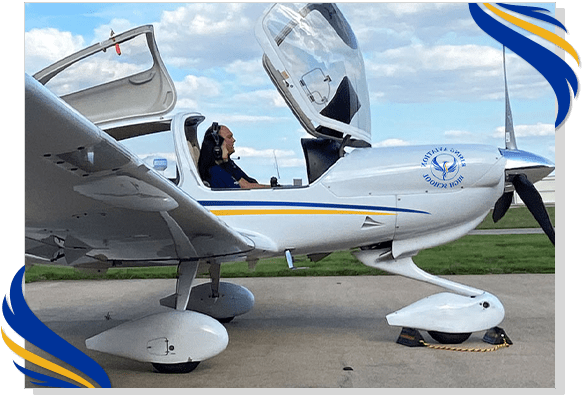 If your teen is interested in learning to fly – and if you live in the Dallas-Forth Worth, Addison area – your teen can work towards earning a Pilot’s Certificate (or Pilot’s License) from the Federal Aviation Administration (FAA) thru Rising Aviation High School.

Located at the Addison Airport (KADS), Rising Aviation offers a Fixed Wing Pilot License Program for it’s students to work towards earning this certificate – alongside their high school studies. If you’re interested in learning more about this amazing program – contact us!

What is a Fixed Wing Pilot’s License?

There are several different types of pilot licenses (technically called “certificates”) — depending on the type of aviation and aircraft one wants to fly. The fixed wing pilot licenses are the most common as they refer to the types of aircrafts that generate lift through a combination of airspeed and the wings’ shape, as opposed to helicopters or drone pilots.

These fixed wing license types include the Sport Pilot, Recreational Pilot, Private Pilot, Commercial Pilot, and Airline Transport Pilot. For a student interested in a future career in aviation or possibly as a pilot, the standard starting point it to obtain their Private Pilot License (PPL). This license offers significantly more allowances in flying than a sport or recreational license, but are still not allowed to fly for commercial purposes and must not be compensated for piloting services. 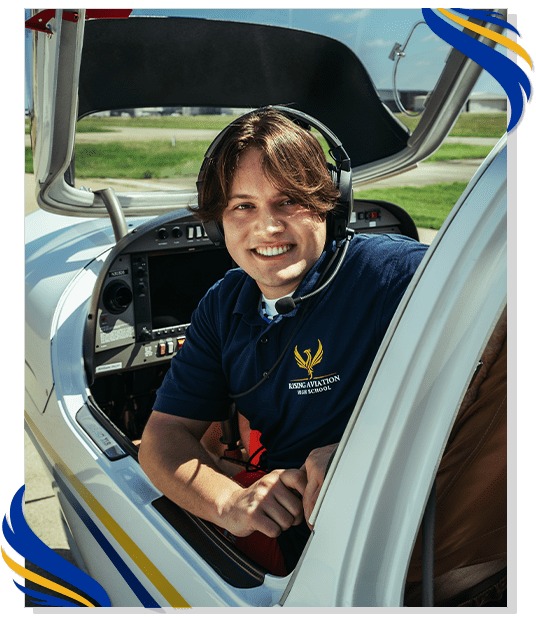 Rising Aviation’s Addison area students that apply for the Fixed Wing Pilot’s License will be set up to earn their PPL by the time they graduate high school. The program covers all of the steps and requirements of earning a Private Pilot’s License, including:

Students in this program will begin working towards earning their PPL at the age of 16, when they are eligible to obtain a Student Pilot Certificate — the first step in learning to fly. To learn more about the other requirements and process of earning a Private Pilot’s License, check out our informational blog: “How Can A Teenager Get Their Pilot License?”

After they get the Private Pilot’s License, students can continue building up their ratings and adding additional ratings:

Listen to senior year student, Nico, talk about his experience learning to fly with Rising Aviation!

The Benefits of Your Teen Having a Private Pilot’s License

In addition to the career benefits of your teen having a STEM-related High School Diploma, obtaining a Private Pilot’s License before graduating is a huge boost on a resume for anyone going into the aviation industry – regardless of if the teen is interested in a career as a fixed-wing pilot, drone pilot, charter operation and management, or another career in aviation.

The PPL is the foundation for all future aircraft pilot training and provides you with the necessary knowledge and skill to move on to more advanced pilot’s licenses, such as a Commercial Pilots License (CPL) or an Airline Transport Pilots License (ATPL). 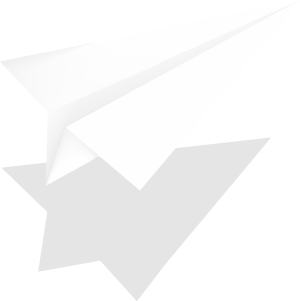 For more information and to register, click the button below !